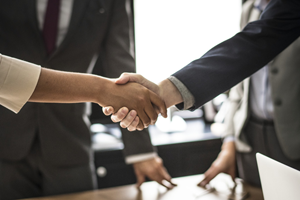 BlueRiver Acquisition Corp. (NYSE:BLUA) announced in an 8-K filing this afternoon that it has entered into a non-redemption agreement with one or more unaffiliated third parties after signing a non-binding letter of intent (LOI) yesterday.

BlueRiver currently faces a completion deadline of February 2, but is hoping to gain shareholder approval at its upcoming meeting on January 31 to extend its timeline to August 2. Although the parties have the non-redemption agreement in hand, the SPAC does not expect it to increase the likelihood that its extension proposal will be approved by shareholders, but will increase the amount of funds that remain in the company’s trust account following the meeting.

The agreement comes just a day after the company announced that it has signed a non-binding LOI with a target company. BlueRiver kept the details on the possible merger to a minimum, but disclosed that the target is focused on the medical technology sector.

Additionally, if the extension is implemented, the company plans to liquidate the U.S. government treasury obligations or money market funds held in the trust and thereafter to maintain the funds in an interest-bearing demand deposit account at a bank. Interest on the deposit account is currently 2.5% per annum.

Since BLUA’s deal is not at the “definitive agreement” stage, and is still just a non-binding LOI, SPACInsider will not consider this deal fully “announced”. As such, it will remain in the “Searching” category until a definitive agreement is signed.