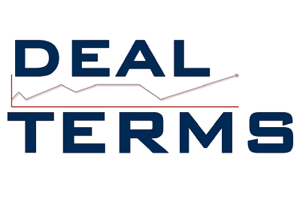 Armada I (NASDAQ:AACI) announced this morning that it has agreed to distribute up to 75,000 promote shares (1.5%) to “one or more third parties” in exchange for them not redeeming shares at the SPAC’s upcoming extension vote.

The 8-K filing did not specify how many common shares would be covered by these agreements, but the language also suggests this final number may still be pending. The agreements also stipulated that Armada I will maintain trust funds in an interest-bearing US government securities until either completion or liquidation.

Investors may have a heightened interest in the state of Armada I’s trust since it filed a supplement to its extension proxy last week stating that it intended to seek the ability to remove earned interest from the trust account to pay for any excise tax due to redemptions. There continues to be some uncertainty as to whether SPACs will be forced to pay the Inflation Reduction Act’s 1% excise tax on share buybacks for shares redeemed outside of a total liquidation.

It has since clarified that it its redemption rate will be unchanged for at least the next vote, rescheduled to January 30. However, Anzu Special Acquisition Corp I (Nasdaq: ANZU) filed its definitive proxy on Friday, keeping the reduced redemption value feature to pay for the tax. Anzu I’s vote is scheduled for February 9, so it will be interesting to see if any changes to reverse this occurs before that time.

Armada I’s transaction deadline comes up on February 17 and it is seeking to extend this six months to August 17. It is working to close its combination with adtech firm Rezolve, which it announced in December 2021.