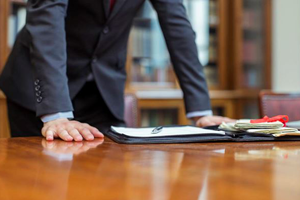 Armada Acquisition Corp. I (Nasdaq: AACI) filed a supplement to its extension proxy yesterday with some language that was sure to raise a few eyebrows in the SPAC investor community.  Namely, that it wants the ability to remove earned interest from the trust account to pay for any excise tax due to redemptions.

Armada, however, filed this supplement late yesterday evening (on January 17th), just three days ahead of their extension vote on Friday, January 20th.  Furthermore, this was also filed the night before the deadline for investors to redeem their shares (today, January 18th), giving investors very little time to digest the new information.

Nonetheless, some additional context is needed. The 1% excise tax has been stalking SPACs since it was first introduced in August of 2022 as part of the Inflation Reduction Bill. The tax was originally intended for “share buybacks” in the more traditional sense, but Redemptions, unfortunately, are technically considered a form of share buyback as well. However, in late December the treasury department finally issued guidance around the issue and it was clear that complete SPAC liquidations would be spared the 1% tax. But, there is still some gray area around partial redemptions, such as at extension votes.

So far, SPACs that have held extension votes post the December 31, 2022 excise deadline have not been willing to touch the trust to pay for the tax, mostly because nothing gives SPAC investors a rise in blood pressure quite like a reduction in their trust values.

However, for Armada I, yesterday’s supplement to their extension proxy included this language:

“The Company has filed this Supplement with the Securities and Exchange Commission to advise stockholders as to a decrease in the per-share price at which public shares will be redeemed from cash held in the Trust Account following changes in its assumptions as to the Company’s estimated tax liabilities following the issuance of certain clarifications by the U.S. Department of the Treasury”

It’s perfectly reasonable to propose this, but doing so, and this close to a vote, risks alienating the investor base. Plus, don’t forget that this is not just an opportunity to redeem, but also an opportunity to vote.  Investors could, if they wanted to, vote “no” on the extension.  That would be highly unusual since most extensions votes are just a formality and it’s really just redemptions anyone cares about. More often that not, it’s an automatic “yes” vote.

However, maybe Armada already knows this and is A) okay with it because they are okay with reducing the trust amount, and B) they have already secured enough yes votes to be confident this extension is voted through without incident. After all, at IPO Armada had 10 qualified institutional buyers that had “Expressions of Interest” to buy up to 9.9% of the IPO offering. Presumably, at least some of those investors are still holding shares and were given founder shares at IPO in return.

Nonetheless, removal of interest to set aside funds to pay for the excise tax would reduce the redemption value and investors will not be happy this is being sprung at the last minute. But, investors still have until Thursday to vote on it.

In the end, if it looks like Armada will not get a “yes” vote, they can always adjourn the meeting and/or revise the proxy further.  Armada still has until February 17th, its current completion deadline.