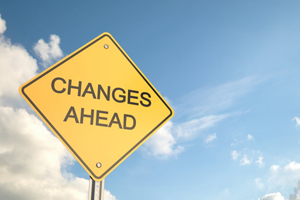 Kernel Group Holdings (NASDAQ:BIOT) announced in an 8-K that it has agreed to sell most of its sponsor economics and undergo a management change.

The larger piece of compensation going Kernel’s way is in the form of 2,000,000 promote shares to be distributed to members of the original sponsor pro rata. Four members of the original sponsor – CEO Mark Gross, CFO Rakesh Tondon, COO Brett Northart, and Chief Administrative Officer Mike Newbold – are also to receive a payment of $250,000 and 125,000 promote shares each as an advisor fee.

Taking their place are newly appointed Chairman and CEO Surendra Ajjarapu and CFO Howard Doss as well as four other new Board members.

Both men are recent SPAC veterans and they serve in the same roles leading Aesther Healthcare Acquisition Corp. (NASDAQ:AEHA), which is working to close a combination with Ocean Biomedical.

Ajjarapu is also a director of OceanTech Acquisition I Corp. (NASDAQ:OTEC), which terminated an earlier deal with Captura Biopharma and is now working to close its combination with Indian fintech Majic Wheels (OTC:MJWL).

The pair of executives have also collaborated in these same roles at Txrade Group (NASDAQ:MEDS) a microcap online marketplace for pharmaceuticals. This expertise would indicate that the new SPAC team will shift focus to biopharm from Kernel’s initial hunt in the supply chain technology space, but incoming Board appointees also have some EV and renewable energy experience.

They are getting behind the wheel of a SPAC vehicle that IPO’d in Februrary 2021 with 1/2 warrants in its units and no overfunding of its trust – terms that would be difficult to finagle in the current market environment. But, Kernel is also heading towards its initial transaction deadline on February 5.

So, the incoming management will likely have to get through an extension to keep the ride going, while the original management has secured some upside while dodging the extension hassle.