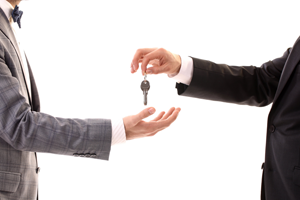 Fortune Rise Acquisition Corp. (NASDAQ: FRLA) announced this afternoon that it has entered into a membership interest purchase and transfer agreement resulting in a change in leadership.

As a result of the purchased interests, the officers and members of the Board of Directors of Fortune Rise tendered their resignations and WODI, as the holder of a majority of the Class B Common Stock, appointed Payam Eshraghian as the sole director and Chairman of the Board of Directors. He will also serve as a Member of the Audit Committee and a Member of the Compensation Committee.

Mr. Eshraghian, also known as Mr. Ian, is the Founder and President of Nerve, LLC, an insurtech and fintech software firm headquartered in California. He is also a strategic advisor for Agtools Inc., an AgriTech SaaS company mitigating risks across the global food supply chain.

Mr. Ian has appointed J. Richard Iler to serve as Fortune Rise’s Principal Executive Officer, CFO, Secretary, and Treasurer. Mr. Iler has spent his professional career in the capital markets working in various positions such as corporate finance, CFO of both public and private companies, and an institutional corporate bond salesman.

Mr. Pollack is an experienced financial professional, angel investor and board member. He currently serves on the Board of Directors of Ronati and Venocare and the Advisory Board of CISO Global (NASDAQ: CISO). Mr. Pollack previously served on the Board of Directors of TiE Tampa and co-chair of its Florida angel network. Mr. Pollack was the Founder and Managing Partner of Bulldog Capital Management, a $1+ billion family of investment funds with a special focus on technology. He will also serve as Fortune Rise’s Chair of Audit Committee and a Member of the Compensation Committee.

Mr. Spick works with business owners to scale their companies through analysis and targeted improvements. His expertise ranges from determining target audience, market research, branding, developing budgets, estimates, scopes of work to client relations, as well as implementing back-office functions and coordinating with trades.  Mr. Spick will also serve as Fortune’s Chair of the Compensation Committee and a Member of the Audit Committee.

Fortune Rise announced its $85 million IPO in November 2021. The SPAC inked a $294 million deal with crypto mining business VCV Digital Technology in May 2022, but the business combination was terminated just two months after the announcement.