Treasury Issues Guidance on Buybacks. What Does It Mean For SPACs? 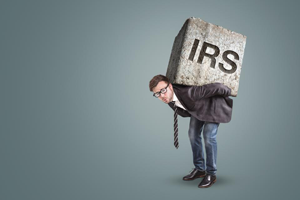 Treasury Issues Guidance on Buybacks. What Does It Mean For SPACs?

This morning the treasury department finally issued guidance around the issue of share buybacks, which has been haunting the capital markets since August when the 1% excise tax was first introduced. And in the nick of time too, since the tax goes into effect in less than week.

To be clear, the purpose of the excise tax was never about SPACs, they just got caught in its crosshairs thanks to the SPAC’s redemption feature. However, for some context around the situation, the 1% excise tax came about as part of the Inflation Reduction Bill that was passed this summer. Senator Kyrsten Sinema, in a last minute change, insisted the tax increase on carried interest for private equity be removed and instead, as a concession, the 1% excise tax on stock buybacks was put in.

On its surface, it appeared to be specifically meant for the typical share buyback you think of when corporations literally buy back their stock. However, all sorts of asset classes were caught up in it and affected such as redeemable preferreds and SPACs since a “redemption” is considered a buyback as well. There was quite a bit of confusion as to its interpretation and so, here we are today with the Treasury Department putting out some much needed guidance for how companies should proceed. However, in typical government fashion, it’s about as clear as a foggy windshield in blizzard.

Nonetheless, it appears that SPACs undergoing a “complete liquidation” will be spared the excise tax. To wit:

(i) Complete liquidations.
(A) General rule. Except as provided in section 3.04(4)(a)(v) of this notice, a distribution in complete liquidation of a covered corporation or a covered surrogate foreign corporation (as appropriate) to which § 331 or § 332(a) applies is not a repurchase by the covered corporation or the covered surrogate foreign corporation.
(B) Distributions during taxable year of complete liquidation and dissolution. 18 If a covered corporation or a covered surrogate foreign corporation (as appropriate) completely liquidates and dissolves (within the meaning of § 1.331-1(d)(1)(ii)) during a taxable year (that is, has a final distribution in complete liquidation to which § 331 applies during that taxable year), no distribution by that covered corporation or covered surrogate foreign corporation during that taxable year is a repurchase…
What is less clear is what happens in a partial redemption, i.e., at a shareholder vote for either extension or completion.  In those cases, the entire trust is not redeemed, only partially.  That is not well defined and so, we’re in yet another gray area.
Nonetheless, for SPACs that made a mad dash to liquidate before the December 31, 2022 excise tax deadline….well, apparently there was no need to rush. It looks like they will not be subject to the excise tax.  However, going forward, if “partial” redemptions via extension votes or completion votes do turn out to be subject to the tax (after we get further clarity), there could be another short term incentive for SPAC teams to opt to liquidate rather than press on. Meaning, if a SPAC team is running out of time, in a very difficult capital markets climate, and the option is to liquidate with no penalty or extend via shareholder vote and potentially be subject to a tax with average redemptions at votes hovering around 85%, which path is going to look more attractive?
Keep in mind, however, that this excise tax is only going to affect existing SPACs since any new SPACs that IPO will instead opt for an offshore domicile such as a Cayman or BVI. Foreign domiciled SPACs would not be subject to the excise tax. But, we still have roughly 384 SPACs still searching and another 148 that are announced. Of those, 281 are domestic SPACs that would potentially be affected.
So while today’s guidance is good news in that it appears to resolve the excise tax issue of what happens in a liquidation, there are still some questions and language that the auditors and lawyers need to parse.  Stay tuned as we try and gather more info.