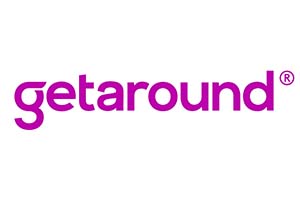 InterPrivate II (NYSE:IPVA) disclosed this morning that its shareholders have approved its business combination with car-sharing marketplace Getaround during a special meeting held on Wednesday, December 7.

The combined company raised approximately $228 million in gross proceeds through the deal, including the amounts retained in InterPrivate II’s trust account, the conversion of approximately $37.5 million of bridge notes and the issuance of $175 million of convertible notes. Getaround was able to repay its existing credit facility at closing.

Pursuant to IPVA’s non-redemption agreement entered into on November 28, the company exercised its right to require that the counterparties not redeem 679,491 shares. After taking into account the non-redemption of the committed shares, an aggregate of 24,325,000 shares of Class A Common Stock were redeemed, removing 94.01% of the SPAC’s trust.

As background, the SPAC recently restructured its bonus share agreement in connection to the deal so that an aggregate of 9 million shares would be allocated to the pool regardless of redemption levels. And, days prior to the amendment of the bonus pool, InterPrivate II entered into a non-redemption agreement with Magnetar Funds where each non-redeeming stockholder agreed to not redeem an amount of shares of Class A Common Stock up to an aggregate of 1,550,000 shares.

Now that the deal is completed, Getaround’s common stock and warrants will begin trading on the NYSE under the ticker symbols “GETR” and “GETR.WS,” respectively, today on December 9.

The parties initially announced the $900 million combination on May 11. San Francisco-based Getaround allows users to rent out their cars to short-term renters in a similar model as Airbnb (NASDAQ:ABNB).

Getaround’s Chief Executive Officer and Co-Founder, Sam Zaid, and the current management team of Getaround, will continue to lead the Company.