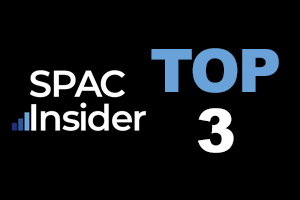 SPACInsider contributors Anthony Sozzi and Sam Beattie this week compiled their three favorite potential SPAC targets among potential gaming targets. We look at why they are compelling and why each could be a fit for a blank-check merger.

Gaming was one of the gainers during the pandemic, as shut-in users found new ways to pass the time, and it has been an open question as to how much staying power this new demand would have once things normalized.

Growth has slowed for many publicly listed gaming companies since as the other shoe has fallen in the form of inflation tightening consumer spending. That has led to big hits to stock performance for the listed majors and the reset could provide a value-upside for cash-hungry private game developers considering their next move.

The diversification of the gaming space has also untethered some companies from the macro trajectories around luxury spending or activities that consumers typically partake in at home. With more gaming going mobile and some developers profiting passively from industry growth regardless of end sales, there are still plenty of paths for SPACs to step in ahead of the trends.

This was a record high for the Cambridge, UK-based company and it was largely fueled by its RuneScape franchise, an online multiplayer fantasy RPG that has driven about $1.4 billion in lifetime revenue.

It is also something of a outlier amid the Carlyle Group’s portfolio that has typically focused on industrial or B2B businesses when building its portfolio of technology companies. Carlyle acquired it in January 2021 for $530 million, according to Pitchbook.

It nonetheless has fueled its growth since the buy, with Jagex acquiring peer Pipeworks in July, which had roughly half of Jagex’s headcount at the time of the transaction. Pipeworks had long served as a co-development studio and beefs up Jagex’s production bandwidth.

Together, the trio have diversified beyond Runescape, which had racked up 300 million player accounts, but also required a continually large staff to keep fresh. The company has since released a more pared down version of the game called Melvor Idle and has a scifi RPG called Space Punks in a beta release since April.

It also released sci-fi co-op survival game This Means Warp earlier this year in collaboration with game developer Outlier. But, while it is laudable for the company to get more irons in the fire, there are those in the SPAC world that remember the early days of Runescape’s 21-year journey.

In fact, its original founder Mark Gerhard now serves as the CEO of Ascendant Digital III (NYSE:ACDI). It has until February 12, 2023 to complete a transaction, which would likely require an extension. But, given Gerhard’s familiarity with the target and existing forward purchase agreements to buy 9,000,000 units of its target at $10/unit, it has significant juice to extend and complete in this environment.

The world is still figuring out how the shift to virtual reality (VR) and augmented reality (AR) are going to take shape, but some lessons are beginning to be learned.

Meta Platforms (NASDAQ:META) has driven hard at a top-down approach for building the metaverse hoping to create a virtual space that brands and consumers would want to explore. But, the buzziest space thus far in our meta world are those that have seen more momentum come from their user base.

Seattle-based Rec Room encourages users to create VR games and experiences within rooms on its platform, and rewards them in cash for the engagement these generate. It paid out $1 million to creators in the first quarter of 2022 and currently has 29 million active users with 75 million that have dabbled at least once to date.

Overall, this open-world, user-created concept makes Rec Room more like Roblox’s (NYSE:RBLX) Minecraft empire, albeit with more hard currency transactions involved. The company has also raised $294 million in outside funding to date, with about half of that coming in a $145 million December 2021 Series F, according to Pitchbook.

It now is at something of a crossroads six years out from its 2016 founding at a $3.5 billion valuation achieved in its last raise. Both private and public valuations are coming down in the gaming space at the moment, but Rec Room could still secure value through an earnout while gaining financial flexibility in a SPAC deal.

It could be a fit with PowerUP (NASDAQ:PWUP), which is led by former Activision Blizzard (NASDAQ:ATVI) and Universal exec Bruce Hack. It raised $250 million to hunt for gaming targets and has until May 2023 to complete a transaction under its initial deadline.

With the AR/VR space being so new, it is difficult to figure out which horses to bet on the publishing side.

But, pulling back a bit to the technology, there are picks-and-shovels investments available. San Francisco-based Niantic spun out of Google (NASDAQ:GOOGL) in 2015 and has raised $780 million to date in its efforts to provide the tools to lean hard into the AR side of the business.

It’s Lightship AR Developer Kit (ARDK) works with Unity (NYSE:U) software to make specifically AR games. This was the engine behind Pokémon GO, which was the top revenue-generating mobile game worldwide in 2021, raking in $1.3 billion and reaching $6 billion in lifetime gains.

The AR games Niantic has collaborated on since have failed to match these heights, but it has continued to help publish new titles that have the potential to meet multiple converging trends. Its Pikmin Bloom game has over 1 million downloads on Android and, like Pokémon Go, requires users to leave their dim, indoor settings to perform game tasks based on walking distances outdoors that make it something of a subtle fitness app.

Niantic’s sheer size may be challenge for it as it assesses its options moving forward. The company’s last capital raise in November 2021 bumped it to a $9 billion valuation. But, there are still 11 SPACs that raised between $500 million and $1.3 billion in their IPOs searching for technology targets that could structure a transaction that made sense for Niantic’s next step.