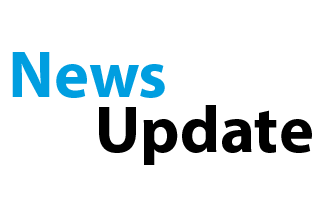 Traders have long looked to SPACs for special plays around their votes as the post-vote period frequently involves some turnover in holdings that can be attractive to shorts, and redemptions can reduce the stocks to low-float situations prone to easy upward pressure.

This week appears to have produced a handful of the latter situations, headlined by Grindr (NASDAQ:GRND). The LGBTQ+ dating app and social network closed its combination with Tiga and began trading today, zooming up more than +333% near mid-day to a high of $46.97.

While there likely is genuine enthusiasm for the network, which has 11 million monthly active users, this extreme price movement is more likely due to the fact that 98.2% of the stock’s public shares were redeemed in its completion vote, leaving a float of just 485,233 shares.

Satixfy (NASDAQ:SATX) closed its combination with Endurance back on October 27 and did not initially divulge its final redemption figures, but it surged above $50 the following day before tumbling to the low teens once again on November 1. It is now back on tear, zooming +415% on the week, although it has not released any news of note or made any SEC filings over the past week.

AGBA Group (NASDAQ:AGBA) completed its deal with its namesake SPAC four days ago, and went through an initial washout period dropping to a close Thursday at $4.50. But, it is now up about +53% in early afternoon trading. Traders have likely noticed that with 99.5% redemptions, it has been left with just 23,642 public shares post-vote. But, because it had rights to 1/10 shares in its IPO units, their conversion has expanded the pool available since close.

One more to watch is Cartesian Growth (NASDAQ:GLBL), which gained shareholder approval for its combination yesterday with wealth management firm Alvarium Tiedemann Capital. It saw 99.8% of shares redeemed, but announced it would postpone completing the deal until January 3, 2023 “in the interest of merger-accounting simplicity”.

It nonetheless zoomed to a brief high of $28.49 on November 16 in between the redemption deadline and shareholder vote before dropping back down to the neighborhood of its pro rata trust value. It experienced another short-lived spike to $14 this morning.