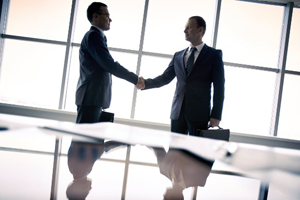 HNR Acquisition Corp. (NYSE:HNRA) announced this afternoon that it has entered into a common stock purchase agreement and a related registration rights agreement with White Lion Capital.

Pursuant to the agreement, HNR has the right, but not the obligation, to require White Lion to purchase up to $150 million in newly issued shares of the company’s Class A common stock.

HNR’s right to sell shares to White Lion will start on the effective date of the registration statement and extend until December 31, 2025. During the term, HNR may notify White Lion when it exercises its right to sell shares. The number of shares sold pursuant to any such notice is not allowed to exceed the lower of $2 million and the dollar amount equal to the product of the effective daily trading volume the closing price of common stock on the effective date 400% and 30%, divided by the closing price preceding the notice date and a number of shares equal to the average daily trading volume multiplied by the percentage limit.

The purchase price to be paid by White Lion for any shares will equal 96% of the lowest daily VWAP of common stock during a period of two consecutive trading days following the notice date.

HNR will have the right to terminate the agreement at any time after commencement at no cost or penalty, upon three trading days’ prior written notice.

White Lion will also have the right to terminate the agreement, upon three days’ prior written notice to HNR, but only under certain conditions.  This includes if there is a fundamental transaction, if HNR is in breach or default in any respect of the White Lion RRA, if there is a lapse of the effectiveness of the registration statement for a period of 45 consecutive trading days or for more than an aggregate of 90 trading days in any 365-day period, the suspension of trading for a period of five consecutive trading days, the material breach of the agreement, which breach is not cured within the applicable cure period or a material adverse effect has occurred and is continuing. No termination of the agreement will impact the registration rights provisions contained in the White Lion RRA.

In exchange for White Lion’s commitments, HNR has agreed to issue shares of common stock having a value of $1.5 million. This will be based on the VWAP of the common stock on a date that is the earlier to occur of two trading days prior to the filing of the registration statement it will file pursuant to the White Lion RRA and after the closing of any business combination agreement, the trading day prior to the investor sending a written request to HNR for such commitment shares, and to include such shares in the registration statement.

HNR has not yet found a target and is still searching to combine with a business focused on natural gas, natural gas liquids, crude oil or refined products in North America. However, the fact that it is currently lining up a common stock purchase agreement would imply something is on the horizon soon.

The SPAC announced its $75 million IPO earlier this year in February and is led by CEO and Chairman Donald H. Goree, and President Donald W. Orr.