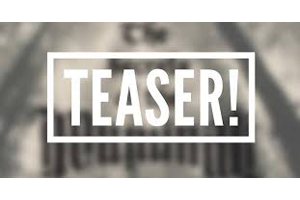 Altitude Acquisition Corp. (NASDAQ:ALTU) announced this morning that it has entered into negotiations to combine with a global medical device manufacturer that would value the deal at $480 million.

The potential target remains unnamed, but Altitude did disclose that the company is a leader in the medical device field and has a product that is commercially available and approved for use in over 30 countries. The target intends to seek further expansion in the U.S., globally and in new jurisdictions around the world.

As part of the negotiations, the combined company must have at least $20 million in net cash at the time of closing. Altitude initially raised $261 million at IPO on December 8, 2020 and originally set out to combine with a travel technology business valued at a $1 billion or more connected to mobile solutions, fintech or the sharing economy. However, post ALTU’s June extension vote, the trust value is now approximately $51 million.

Altitude has not yet signed a letter of intent (“LOI”) with the unnamed target, but intends to do so on or around October 31. Following the LOI, the SPAC expects to enter into a definitive merger agreement with the target as soon as practicable.

This deal teaser happens to come out on the same day as Altitude’s redemption deadline and comes just days before Altitude’s extension vote this Thursday. The SPAC currently has a transaction deadline of October 11, but is seeking shareholder approval to extend this to April 11, 2023. Altitude likely hopes that the prospect of a deal waiting in the wings will keep a few more shareholders around at its vote to at least see and hear more.

Altitude announced in June that it entered into a non-redemption agreement alongside certain shareholders who supported an earlier proposal to extend the time ALTU has to complete its initial business combination. At that time, shareholders holding a total of 1,250,000 shares of Class A common stock, representing $12,500,000 of ALTUU’s trust account, agreed not to redeem their shares in connection with the extension and to vote in favor of the extension as well as the initial business combination, in exchange for a cash payment of $0.033 per share per month for the four-month extension.

The non-redemption agreement was intended to secure capital in ALTUU’s trust account so that the SPAC can continue to negotiate a potential business combination.