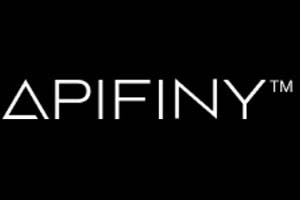 Abri SPAC I, Inc. (NASDAQ: ASPA) announced this afternoon that it has mutually terminated its combination with blockchain technology company Apifiny Group.

Abri I intends to seek an alternative business combination. And while Abri I currently has a transaction deadline of August 12, it is able to extend its original 12 months timeline two times (2x) for three months each by contributing $0.10 per share to its trust each time. Abri I announced the pricing of its $50 million IPO last summer on August 09, 2021, and initially intended to combine with a fintech target that has a diversified supplier base and an experienced management team. The SPAC is led by Chairman and CEO Jeffrey Tirman, EVP and CFO Nima Montazeri, and VP of Business Analytics Peter Bakker.

And while today’s press release kept details to a minimum, it is likely that unfavorable market conditions combined with a blockchain target that played a significant role in the termination. Abri’s termination comes just a week after Fortune Rise (NASDAQ:FRLA) terminated its deal with crypto mining business VCV Power Sigma, which was likely caused due to the sharp tumble in the crypto market.

Abri SPAC I originally announced its $530 million deal with Apifiny earlier this year on January 27, 2022. New York City-based Apifiny serves as a global cross-exchange digital asset trading network for institutions in a single platform. Abri originally brought in $57 million of cash into the deal from its trust account and did not feature a PIPE or a minimum cash closing condition.