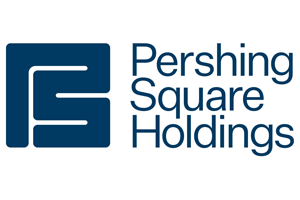 This afternoon, Pershing Square SPARC Holdings, which is the affiliate of Pershing Square Tontine Holdings (NYSE: PSTH), put out a press release stating they intend to withdraw their proposed amendment to the New York Stock Exchanges listing rules that would have allowed SPARC warrants, or “SPARs”, to trade on the NYSE.

Pershing Square noted today that, “In view of the Securities and Exchange Commission’s recently proposed rule changes and policy guidance with respect to special purpose acquisition vehicles, we understand that the approval of the NYSE rule change as currently proposed would not likely have occurred at this time.”

If you recall, the SEC decided to go ahead with instituting proceedings on the SPARC NYSE rule change back in December. The SEC then had a maximum of 240 days from the initial publication of the proposal to issue a disapproval order, which would have ended on May 8, 2022.

Unfortunately, now is not an ideal time to put forth innovation in structures given the current regulatory climate. Subsequently, for both Ackman and the Eagle team, that meant having to pull their rule proposals at the NYSE, albeit, maybe only temporarily.

That’s because the press release also notes that the NYSE reserve’s the right to seek approval of a revised rule once the SEC puts forth its new SPAC rules.

Keep in mind that the SPARC structure still intends to issue SPARs to PSTH shareholders, regardless of whether PSTH’s outcome is a business combination or a liquidation.  PSTH has a SPAC completion deadline of approximately July 24, but has already qualified for a six month extension thanks to previously announcing a combination with Universal Music Group.

However, Ackman doesn’t have to extend. Depending on what happens in the next three months, he could choose to liquidate in July instead.

As a result of today’s announcement, we should probably expect a new amended S-1 soon from SPARC Holdings since the NYSE rule proposal is no longer holding up SEC review.  It’s also not holding up Ackman anymore either.  Perhaps we get some more news from the PSTH camp too.

If you’d like to review the SPARC structure, you can find a summary HERE.