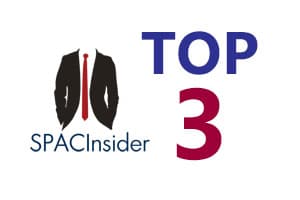 SPACInsider contributors Anthony Sozzi and Sam Beattie this week compiled their three favorite potential SPAC targets among Singapore-based companies. We look at why they are compelling and why each could be a fit for a blank-check merger.

At a time of inflation on the US dollar and rate-hikes rattling domestic growth stocks, it is tempting for SPACs to look abroad for safer havens. With Europe concentrated on a war and China making bold regulatory swings, some of the obvious places to look have piled up some of their own baggage.

In the middle of this, Singapore has hoisted its own flag as a SPAC-friendly locale by making the US SPAC structure legal on its own stock exchange last fall. Three SPACs have listed on the Singaporean exchange since the start of the year each raising between $100 million and $150 million in their IPOs.

Aside from simply being a business-friendly move seeking to attract more action to its own market, the shift implies that Singapore sees many candidate companies in Singapore and the wider region that might be snatched up by foreign SPACs if not diverted to its own domestic market.

As if taking the signal, US SPACs are already peeking under the hood, with two of the seven deals announced this month involving Singaporean companies. A third would combine a Hong Kong-based target and fourth with a company splitting time between Dubai and China setting the stage for potentially a month with a majority of SPAC deals struck with non-US targets.

US-listed SPACs already have two pending deals with Singapore-based crypto targets as Blue Safari (NASDAQ:BSGA) announced with Bitdeer in November and TradeUp (NASDAQ:TUGC) announced with SAITECH in September. Bridgetown 2, meanwhile closed its combination with Singaporean proptech firm PropertyGuru (NASDAQ:PGRU) last month and, of course, Altimeter set SPAC records with its $31.2 billion merger with ride-hailing fintech Grab (NASDAQ:GRAB), which is based in the country.

It doesn’t hurt that many of Singapore’s unicorns are in next generation technologies that SPACs generally like for reasons of growth, ESG exposure and moonshot ideas.

The confluence of those could potentially be aggregated in Equis Development. It is a renewable energy investor that has been both an active builder and financier of green energy projects across Asia. Its former parent organization Equis Energy was bought out for $5 billion in 2017 by Global Infrastructure Partners (GIP).

In many ways, Equis Development was the share of the parent that was left out of the deal, but it has been busy buying, developing and selling renewable projects ever since. Most recently, it sold two Japanese biomass plants it developed to Tokyo Gas (TYO:9531) for about $1 billion in August 2020.

Later that year, it raised $1.25 billion from the Abu Dhabi Investment Authority and the Ontario Teachers’ Pension Plan to continue its work, lending significant credibility to its business plan. This would also seem to obviate the need for an immediate cash infusion, but much of this capital may already be committed given the scale of projects that Equis typically takes on.

On the other hand, the prospect of making Equis a US-listed entity that would essentially be a play for public investors to get in on green power development in Asia could draw significantly more value towards the company. Equis would also be a rare independent in this vein, while many other listed green energy investors in Asia are branches of family conglomerates or state entities.

While Equis is handling the green transition in Asia from the generation standpoint, Envison is working at the micro level to connect the various points of the green energy ecosystem with IoT tools to make them more efficient and interlinked with smart cities.

And, while that business plan sounds diffuse, it has some hard cores at its center. For one, Envision acquired Nissan’s (TYO:7201) entire EV battery business in 2019 and is now both their main supplier and making them work as vehicle-to-grid (V2G) power sources throughout their locations.

But, those batteries are in the end just one point in the larger constellation of touchpoints Envision has on smart grids and providing companies with paths to having net-zero carbon impacts. It manages about 3600 MW of energy assets across EV batteries and other storage and generation assets. Connected to these are about 110 million IoT devices that can control two-way flow of charge across about 380 corporate customers.

The company has kept financials close to the vest and appears to have steady backing from Singaporean sovereign wealth fund. As such, its cup has filled over enough to allow it to invest in European energy storage company Sonnen and US charging network de-SPAC Chargepoint (NYSE:CHPT).

But, a SPAC listing could give it more flexibility on both ends of this process – both in its capital investments and binding strategic ties with other green energy companies. Thirty-three SPACs that are currently searching have noted Asia as a part of their target geography with 30 of them specifying it as their primary focus.

But, Envision might be able to attract the big dogs from this cohort, which would include Bridgetown (NASDAQ:BTWN), led by executives at the Hong Kong-based Pacific Century Group and Thiel Capital’s Asia funds. With $595 million in trust and the list of financial connections between both SPAC and target, it is likely the pair would have an easier time than most in crafting a sizable PIPE.

A SPAC deal with Matrixport would join the two other pending SPAC deals with Singaporean crypto targets and already has SPAC connections of its own.

Matrixport’s co-founder Wu Jihan is the crypto-billionaire behind Bitmain, which itself invested in the PIPE for Bitfufu’s combination with Arisz (NASDAQ:ARIZ) announced in January. Another of his ventures, Bitdeer is slated to go public in a $4 billion merger with Blue Safari (NASDAQ:BSGA) announced in November.

As far as Asian crypto ventures go, Matrixpoint may also be the most approachable of these for a US retail investor as it is a crypto trading and banking platform with broad services, closer to a Coinbase (NASDAQ:COIN) than a Binance.

But more than just trading, it allows users to earn interest and loan out crypto assets and has about $10 billion in assets under management with a monthly trading volume of $5 billion and $700 million out in current loans. Its connections across the full crypto ecosystem also give it some structural advantages. Bitdeer is primarily focused on manufacturing specialized crypto-mining rigs that are modular enough for use by large-scale data centers or individual hobbyist miners.

For both groups, Matrixport has integrated options to get miners’ freshly-mined coins onto its platform and available to trade or loan out quickly. Matrixport has been tacking on even more functionality through acquisitions, buying up five companies since the start of 2022 for a total of $31.5 million, according to Pitchbook.

Access to the public capital markets could clearly make this roll up process much smoother and more flexible, and Crypto 1 (NASDAQ:DAOO) could bring Matrixport synergies of its own. It raised $230 million in its December IPO and is led by CEO Michael Zhao, who also runs the IDCM crypto exchange and the VGPay crypto payment businesses.