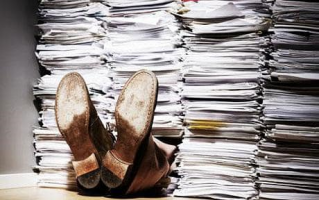 In today’s much anticipated SEC Open Meeting to discuss SPACs, one of the SEC commissioners, Hester Peirce, who came out against today’s proposed changes, inexplicably lost her internet connection as soon as she had a chance to speak and weigh in.  What you didn’t see was Gensler’s hand under his desk pulling the plug.

I’m kidding, of course, but it did seem like Hester Peirce was the only one asking the right questions and pushing back on Gensler’s proposed changes. But first, a quick summary of what was on today’s agenda.

Specifically, the SEC’s proposal touched on three main points: enhancing disclosure, use of projections/underwriter liability, and the Investment Company Act of 1940. However, the main thrust of today’s meeting, if we were to boil it down, is to turn SPACs into just another traditional IPO. A SPAC, but wearing an IPO costume, if you will. This would clearly limit choices for companies looking to go public. The dissatisfaction of the traditional IPO process and looking for “another choice” was the sole impetus for SPACs being born in the first place. However, let’s break it down.

Enhancing disclosures is an area that most everyone can probably get onboard with.  However, there is some nuance here as well.  But, if you talk to people working in and around SPACs, as well as investors, nearly all would say they are pro-disclosure. More information is always better than less information and a safer product, in general, means greater comfort for investors. Plus, it means there is the potential for increased investment in the asset class.

The enhanced disclosures proposed today covered a variety of things such as SPAC sponsors, conflicts of interest, and dilution. All good so far.  But where it starts to get a little disagreeable is around projections. Specifically, they would like an amended definition of “blank check company” so that the Safe Harbor in the Private Securities Litigation Reform Act of 1995 (the “PSLRA”) is not available to SPACs.  The thinking being that by removing the Safe Harbor, SPAC targets would only use projections in cases where they were absolutely certain they wouldn’t incur any liability when marketing their de-SPAC transactions.

Except…SPACs are currently using the Safe Harbor statement and it doesn’t seem to be protecting them at all! We still see nuisance suits filed all the time. So, on this point, any change would probably not have much impact. Keep it, or remove it, but most SPACs would not notice a helluva a lot of difference when it comes to suits.

Which is why the other new rule the SEC is proposing could potentially cause some problems for SPACs. Namely, this new rule would deem underwriters in a SPAC initial public offering to ALSO be “underwriters”, and not “advisors” (and all of the liability that goes along with that) in the de-SPAC transaction. As an aside, the term “Underwriters” is already defined in the Securities Act so it will be interesting to see if the SEC will get away with trying to re-write that definition. Nonetheless, the proposed rule then goes on to say “when certain conditions are met“, but doesn’t elaborate further. Presumably, we’ll get a closer look at those certain conditions at some point in the future.

However, as a counter point, traditional IPOs do actually use projections, it’s just that only a handful of the bank’s clients get to see them and they are not published by the company. By way of explanation, it’s quite common for a company that is going through the traditional IPO process to talk to a bank’s research analyst, discuss their forward earnings, at which point, the analyst then models out the company into the future and then… ONLY distributes that information to the bank’s key and favorable clients (which usually pay the bank a lot of money in trading fees). This is far less democratic and equitable to the investing public, and in particular, retail investors.

Instead, this would give institutional investors a significant advantage since they are typically clients of the underwriting bank. Additionally, it means that not all investors would be getting the same information to make an investment decision, whereas in a SPAC transaction it is filed publicly for all to review. However, if this new rule were implemented, most likely you would see SPACs do something similar. And again, only institutional investors would gain from this.

Finally, the SEC’s proposal includes new rules that address guidelines on when a SPAC would qualify as an Investment Company under the Act of 1940.

However, this should be said…are we really supposed to think of Trust Accounts as trying to get away with being investment companies and are trying to skirt the rules?  No one, absolutely no one, is investing in trusts at an interest rate of (at max) less than 2.00% interest as an “investment” when the process is as complicated as a SPAC is. Especially when everybody and their Grandma can pretty easily invest in a money market or even an index fund these days, for a much better return. So are we to believe that parking a pile of cash in T-bills is considered “investing” when the current inflation rate is running at close to 8.0%?  There needs to be some sort of rational layer of thought that needs to be applied to this criteria.  However, it is more than curious as to why Investment Company Act rules are being brought up now, after 20+ years of SPAC transactions.

Be that as it may, the SEC’s Fact Sheet on whether a SPAC is NOT an Investment Company lists the proposed conditions, which include, among other things, that a SPAC must:

Once again, Commissioner Hester Peirce made an astute observation: By the SEC’s criteria, if a SPAC hasn’t completed a de-SPAC transaction and liquidates, it would be deemed an “Investment Company” simply because the funds in trust were “only” invested and never used to combine with a target company.  However, by using this as a litmus test of sorts, it is only going to have the opposite effect of the SEC’s intentions and will make the SPAC product much worse.

By that I mean, imagine if you are a SPAC team and for whatever reason you are running out of time. Maybe the SPAC was far into the due diligence process with a company that resulted in the uncovering of a red flag.  Clearly the SPAC can no longer continue with the deal.  Now, however, they have a less than ideal amount of time left and market conditions are not favorable. Wouldn’t the correct and safer choice for investors be to let the team liquidate the trust so investors can get back ALL of their money, plus interest? Instead, the new rule seems designed to motivate teams to throw a Hail Mary and drag any old deal over the finish line rather than have to be classified as an Investment Company.

Additionally, you’ll notice in bullet three that there is a more definitive time limit proposed for SPAC deals.  The new rule would give a SPAC only 18 months to announce and only 24 months to close a combination.  Once again, similar to the example above, this would most likely result in poorer quality deals. Especially considering that the amount of time a deal spends in SEC review is 1) out of the control of the SPAC and 2) in the past year the SEC has doubled the amount of time a deal spends in the review process.  The biggest time eater in the SPAC process is the SEC, but they have also incongruently limited the amount of time a SPAC has to complete.

This effectively gives the SEC the power to kill deals it doesn’t like by simply taking too long to approve a SPAC’s proxy. For instance, imagine if the DWAC deal was announced with these rules in place?  Or, any of the other crypto focused deals we’ve seen that spend twice as much time in SEC review?

However, if you scroll to the very bottom of the Investment Company Act section in the Fact Sheet, even the SEC seems to agree you don’t really need to follow this rule since they state:

“While a SPAC would not be required to rely on the proposed rule, the proposed conditions are intended to align with the structures and practices that the Commission preliminarily believes would distinguish a SPAC that is likely to raise serious questions as to its status as an investment company from one that does not.”

So, they’re proposing a rule and then saying you don’t need really need to follow it? Perhaps this gets tightened up after soliciting comments.

While all of today’s rule proposals are meant to improve the protection of investors, they instead would significantly harm investors for all of the reasons stated above. Furthermore, it curtails choice for companies wanting to go public and would result in less capital formation, which is the opposite of the SEC’s mandate.

The irony is, most people working in and around SPACs would welcome some changes in an effort to improve the product. SPACs are not without flaw and many are actively working to innovate terms because, in the end, a better SPAC is just plain good for business. However, today’s proposed changes only have the unwanted effect of protecting institutional investors by turning SPACs into IPO clones.

Proposing rule changes to mirror traditional IPOs does not seem like an improvement.

It’s important to note, however, that this is just a rule proposal. There are a couple of more steps that need to be completed and approved before this would become effective.  Next, there will be a comment period of 60 days.

Lastly, given the sheer number of SPAC transactions that were approved by the SEC previously, most likely this would result in a significant amount of lawsuits against the SEC and that will need to be taken into consideration.

We’ll have to wait and see what happens next, but as it stands, very little will be gained by these changes.  Unfortunately, the biggest losers in all of this will be the companies. No more choice, one size fits all.