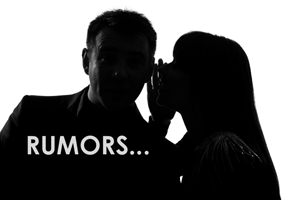 Bloomberg ran a very interesting story earlier this morning about a rumored 3-way SPAC merger involving the two Warburg Pincus SPACs (I-A and I-B) as well as one of Barry Sternlicht’s backed by his family office, JAWS Estates Capital LLC.  All three of which would combine with Allied Universal, which provides integrated security solutions.  New and novel SPAC structures are always fun to dig into and now we get to consider a three-headed dragon of sorts.

Warburg Pincus has itself invested in Allied Universal having agreed to take a majority stake in 2015.  Since then, Allied Universal was combined with AlliedBarton Security Services, and as of this morning, announced a new strategic partnership with Knightscope to “provide Autonomous Security Robots (ASRs) to the company’s U.S.-based customers to help deter crime, enhance situational awareness and improve security professional safety.”

So, how big exactly is Allied Universal that it might need three SPACs, not just one?  Well, today’s press release regarding Knightscope references 800,000 employees worldwide and revenues of approximately $20 billion. 800,000 employees is more than the entire population of Luxemborg…so yeah, pretty big.  As for valuation, it’s always difficult to tell with private companies, but Allied’s valuation was implied to be $7 billion in February of 2019 when Caisse de dépôt et placement du Québec, Canada’s second biggest pension fund agreed to buy 40%.

Granted, that was three years ago and we can only guess what the current valuation is, but we do know that the Warburg Pincus SPAC IPOs raised $283.4 million and $548.8 million (I-A and I-B, respectively) for a total of $832.2 million. Furthermore, the Warburg SPACs have a 1/5 warrant, whereas the JAWS SPACS have a 1/4 warrant.

As for Barry Sternlicht’s participation, he currently has three SPACs out searching – JAWS Mustang, JAWS Hurricane, and JAWS Juggernaut.  But perhaps Mustang makes the most sense since it has the least amount of time left (11.7 months) and the most amount in trust at $900 million.  If it is indeed Mustang, that means these three SPACs would have roughly $1.7 billion in trust to start. However, as we’ve seen lately, redemptions can whittle that down pretty quick when SPACs are currently averaging 84% redemptions at completion votes.

Which brings up another point…why use three SPACs at all? If redemption rates right now mean a company cannot count on funds held in trust to finance their targets going public, the only thing that really matters is the additional financing put in place, i.e., a PIPE.  To be clear, today’s Bloomberg article did note they are “discussing raising a PIPE”, but do you actually need three SPACs to do this deal?

Let’s assume the worst and redemptions in this deal come in at the current average. In that case, Allied Universal will have very few SPAC shares left, but three different and hefty promotes.  That’s a lotta founder share dilution if they don’t structure in some sort of forfeiture based on redemption amounts.  Plus, how will these three SPACS trade at announcement since you can invest in any of the three ahead of combining? Right now, they are all trading at different prices. We don’t have enough information yet on how it will all work, but something to think about.

As for the positives by combining all three for $1.7 billion in trust, even in a worst case scenario where this deal experiences 84% redemptions they would still have a sizable $272 million left in trust. But again, we don’t know any details yet, such as how much this company needs, but both Warburg and Sternlicht do have the ability to write sizeable checks to make up any shortfalls. Nevertheless, this does provide an exit opportunity for Warbug’s 2015 investment, but…Warburg still gets to stay in it via the promote.

Plus, Allied Universal gets the added benefit of going public with the rolodex and guiding expertise of both the Warburg and JAWS teams. And…the real plus is that we get to close three SPACS at once, reducing that enormous number of nearly 600 SPACs currently out searching. Three birds, one stone.

A few other items to note – the common denominator underwriter on these three SPACs is Credit Suisse. Credit Suisse, BofA, and Goldman underwrote JAWS Mustang, and Citigroup, Credit Suisse and Evercore underwrote the Warburg deals.  So for sure Credit Suisse is involved in some way, shape or form, and possibly the architect of this deal.

Lastly, in the interest of not having to constantly write out the three SPAC names whenever we discuss this deal, maybe we should combine them.  We can call this 3-way tie-up the Barryburg deal, or Warlicht.  Although, if the JAWS deal in question does turn out to be JAWS Mustang, the current internal favorite is “War-Tang”.