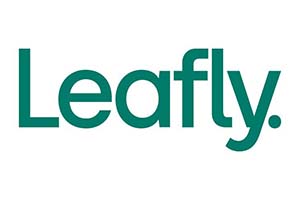 Merida Merger Corp. I (NASDAQ:MCMJ) announced this afternoon that its shareholders have approved its combination with cannabis enterprise Leafly in a special meeting held this morning.

Although the 8-K filing did not disclose redemption amounts, MCMJ traded below its trust value throughout its redemption deadline January 28, and fell 8.42% today, closing at $6.53.

The SPAC brought in $30 million in additional financing in mid January, but also pushed back its shareholder vote until today to accommodate the changes. The new money came in the form of convertible notes from Cohanzick Management and its affiliates, and will hold an interest rate of 8% per annum, maturing in 2025.

The proceeds from these notes are applicable to the transaction’s $85 million minimum cash condition, but cannot clear it on its own, even when combined with backstop agreements Merida I announced on December 27. The backstops ensured that up to 3,200,000 shares are not redeemed in connection with the completion vote and Merida I’s sponsor originally pledged to provide $10 million in additional funding should the minimum cash condition not be met.

Nonetheless, the parties expect to close the deal shortly, and the combined company is expected to trade on the Nasdaq under the symbol “LFLY”.

Merida I initially announced its $385 million combination with Leafly on August 9. Seattle-based Leafly manages a marketplace of cannabis product sellers with reviews, articles and a database of strains available to legal consumers.

In November, Leafly announced $31 million in revenue for 2021 through the third quarter, representing 14% growth over the same period in 2020.