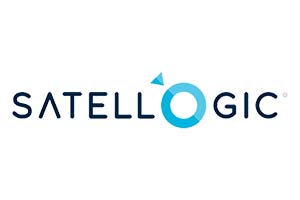 CF Acquisition Corp. V (NASDAQ:CFV) announced in a press release today that its shareholders have approved its combination with orbital imagery company Satellogic in a special meeting held yesterday.

CFV disclosed in an 8-K filing that holders of 23,143,646 shares elected to redeem in connection with the business combination, removing 92.575% of CFV’s trust. Holders of 25,111,974 shares of CF V stock were present at yesterday’s special meeting, representing approximately 78.8% of the voting power.

The parties expect to use the proceeds to scale its constellation to remap the surface of the Earth in sub-meter resolution, with advanced satellite technology able to capture 10 times more data at one-tenth of the cost of competitors.  CFV closed today at $8.65, but is up 2.89% to $8.90 in after hours trading following the news.

Satellogic’s Class A ordinary shares and warrants will trade on the Nasdaq starting tomorrow, January 26, under the ticker symbols “SATL” and “SATLW,” respectively.

The parties initially announced their $850 million deal on July 6.  Buenos Aires-based Satellogic provides orbital imagery and analysis services with 17 satellites in operation around the Earth.

Former U.S. Secretary of the Treasury Steven Mnuchin, Founder and Managing Partner of Liberty Strategic Capital, will join Satellogic’s Board of Directors as Non-Executive Chairman upon close of the transaction.