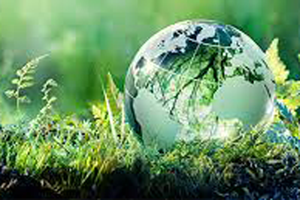 Sustainable Opportunities will be led by Scott Leonard, as CEO and Director, and Scott Honour, as Chairman.  The Scottsmen will be providing the always appreciated pairing of an operator and a dealmaker, with Mr. Leonard bringing the operational expertise and Mr. Honour, the deal-making experience.  Additionally, Mr. Honour spent 10 years at The Gores Group, which has participated in five SPACs to-date.  Mr. Honour’s bio did not mention if he had worked on or been involved in any SPACs directly, but presumably he picked up a thing or two while there.  And it’s always a plus to have the Gores guys on speed dial.

As for the deal terms, we can’t have a discussion about structure without having a larger conversation about the coronavirus and the market environment. The facts are that this is a 24 months, 1/2 warrant, 100% in trust SPAC, with a Crescent Term at a $9.20 threshold.  However, the markets are now down roughly 30% from their highs and there’s no sign we’re stopping here. Plus, according to the medical professionals, we’re still only at the BEGINNING of the pandemic.  We’re in unprecedented territory with both the U.S. and world economies in a near total shutdown.  Having said that, SPACs are unique in that they have 24 months to find an acquisition and the world could look very different two years from now than it does as of today (let’s hope).  Additionally, SPACs are a safe place to park cash since proceeds are held in a trust. So if you need to park your cash somewhere, SPACs could be a good, safe 24 month bet. But that’s not the issue.

Furthermore, we’ve already had Social Capital Hedosophia delay the pricing of its two follow up IPOs and amend it’s warrant structure from 1/4 to 1/3, and it’s still not clear if the new terms will sell.  For a high profile, elite team, with one extremely successful SPAC under their belt ,to delay their IPO and amend terms is a pretty good indicator that even the SPAC IPO window is shutting down.  The demand is just not there at these terms.

Would demand be there with over-funded trusts and/or full warrants? Maybe, but most teams will not be willing to IPO a SPAC at such expensive terms. At least, not yet.

Speaking of trusts accounts, the other issue that could be on the horizon for SPACS is negative interest rates.  If, in the future, interest rates go negative (it’s a distinct possibility), the trust is no longer earning interest and is, in fact, technically losing money (although trusts would probably just go all cash).  In order to protect against this, SPAC teams are going to need to OVER fund trusts.  We’re not there yet, but because this is a scenario that could play out in the future, it will challenging for SPACs to sell right now as 100% in trust deals.  101% is a little more comforting.  102% would be very sellable. (note: elite teams will most likely not have to over-fund or at only a rate of something like 100.5%)

Regardless, perhaps Sustainable Opportunities just wanted to get their S-1 on file and weren’t planning on trying to IPO in this market, which is not a terrible idea.  They, and the other 11 SPACs we have on file to IPO, will be ready to hit the ground running when the markets settle down.  However, at what terms these SPACs wind up actually IPO’ing with is a huge question mark since we don’t know what the economic and financial markets landscapes are going to look like just yet. But the current terms are most likely a non-starter in this environment. My guess is, most teams are going to have be more generous going forward.