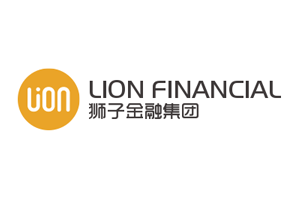 Proficient Alpha Acquisition Corp. (PAAC), announced this morning that they have entered into a definitive business combination agreement with Lion Financial Group Limited, a British Virgin Islands corporation (“Lion”) and Hong Kong-based diversified financial services company, in a transaction valued at approximately $125 million. Following the closing of the Transaction, the newly formed company will be led by Lion’s current management team, with Mr. Wilson (Chunning) Wang as CEO, Mr. Hua Luo as COO, and Mr. Jian Wang as Chairman of the Board of Directors. Lion will remain headquartered in Hong Kong and the transaction is expected to close in the second quarter of 2020.

Unfortunately, the only information provided was in the press release, so details are currently meager, at best.  Presumably, additional information, such a combination agreement and a presentation, will be filed subsequent to today’s announcement.  Currently, what we do know of this transaction is that a newly formed Cayman Islands holding company (“Pubco”) will acquire 100% of the issued and outstanding shares of Lion in exchange for newly issued shares of Pubco, and Proficient will merge with a newly formed subsidiary of Pubco. Following the Transaction, each of Proficient and Lion will become a wholly-owned subsidiary of Pubco.

However, certain Lion shareholders will receive separate Class B stock that entitles them to 10 votes per share.  So while it is currently expected that post-close (and assuming no redemptions) Lion and Proficient are expected to hold approximately 44% and 56% of the economic value of the issued and outstanding shares, Lion Shareholders that hold Class B Stock will hold a majority of the voting power.

Additionally, as part of the transaction, 45% of the “Pubco” shares being issued to Lion shareholders in the form of Pubco Class B stock will be placed into escrow, with 15% to be used to satisfy post-closing purchase price adjustments and indemnification claims and 30% subject to vesting upon Lion satisfying certain net income milestones. All cash remaining in Proficient at the closing of the Transaction after paying off transaction expenses and Proficient liabilities is expected to be used for Lion’s growth.

As for more specifics on what Lion Financial does, per the press release:

Lion enables these services through a variety of applications available on iOS, Android, PC and Mac platforms. Lion’s clients are concentrated on well-educated and affluent Chinese investors residing inside and outside the PRC (other than in the United States), as well as institutional clients in Hong Kong that use its futures brokerage service.

Quick takes:  The lack of information provided makes any kind of thoughts around this transaction pretty difficult and leaves more questions than answers.  The fact that PAAC raised $115 million at IPO and is buying a company for $125 million, means we all need to know more specifics. Such as, are any promote shares being cancelled? Plus, what do the earn-out hurdles look like and is there a minimum cash closing condition, etc.  Until everyone can get a better look at how this transaction is structured, we’re not going to see much price movement in PAAC’s shares, warrants or rights.  If (when) additional documents are filed, an update will be provided.