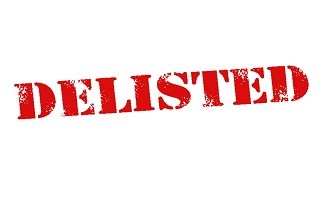 Fellazo, Inc. (FLLC), which had previously arranged a Sponsor Transfer Agreement with TKK Capital, unfortunately announced this evening that they have been de-listed from the Nasdaq. Following suspension of trading on Nasdaq, the Company’s units, ordinary shares, warrants and rights will trade on the OTC Markets under the tickers “FLLCU,” “FLLC,” “FLLCW” and “FLLCR,” respectively, effective at the open of business on March 5, 2020.

As background, this process began in November, due to Fellazo’s inability to file a timely 10-Q.  However, the Company received a subsequent letter from the Nasdaq Staff stating that the Company failed to provide complete responses regarding information surrounding compensation of the SPAC team members. Nonetheless, in February, TKK Capital stepped in with a proposed Sponsor Transfer Agreement where Fellazo would swap out it’s team and TKK would effectively take over the SPAC.  However, that agreement was contingent on Fellazo not being de-listed, i.e., the Sponsor Transfer Agreement would be terminated in the event Nasdaq determines to de-list Fellazo’s securities.

Now that a de-listing has, in fact, occurred, the TKK agreement is most likely off, but since there hasn’t been an 8-K filing yet confirming that, we’ll have to wait to see.  Perhaps there will be a further amendment to the Sponsor Transfer Agreement.

For now, Fellazo is a Bulletin Board stock, starting tomorrow.