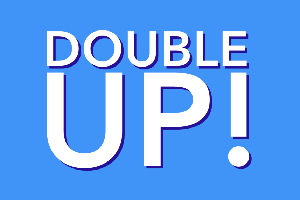 Additionally, the rest of the team members and directors on both new SPACs previously served on the original Social Capital Hedosophia, with the exception of David Spillane (SCH2), who is new and was previously Chief Accountant at Stripe, Inc., the financial payments company (full disclosure:  this site uses Stripe and I greatly prefer it to PayPal).

Regardless, the filing of two new Social Capital Hedosophia SPACs is exciting for a number of reasons.  For one, Virgin Galactic (the team’s first combination) is arguably the most successful SPAC to-date, simply based on the recent high share price of $42.49.  The share price has since come down, but it’s still trading around $26.00, as of this morning.  Furthermore, filing two new SPACs at the same time is unusual, to say the least. Plus, both are 1/4 warrant SPACs being filed at a time when the traditional IPO market has been clamped shut.

So how about the terms?  Well, as said previously, both are 1/4 warrant SPACs, but both SPACs are mirror images as far as the rest of the terms (size and geography, notwithstanding). Those terms are 24 months, an at-risk capital purchase of warrants at $2.00, the ability to call their warrants for shares at $10.00 (in addition to cash or cashless exercise), and have included the Crescent Term with a threshold of $9.20.  Additionally, Credit Suisse will be sole book-runner.  Interestingly, while in theory this team could have tried to push the envelope with terms by trying for something like 1/10 of a warrant, they chose not to.  However, I don’t think that is especially due to current market conditions (a little bit).  Instead, I think that it’s most likely due to the experience of their underwriter, Credit Suisse.  Credit Suisse has always taken the long-view when it comes to SPACs and they know that a 1/10 of a warrant is not really in the best interest of shareholders as well as the team.  Why do I think it’s not in the best interest of the team?  Because they are about to try and sell nearly $1 billion of new SPAC paper. And frankly, the difference between 1/10 and 1/4 of a warrant is mostly just bragging rights.  So why tick investors off? Happy investors are also, not coincidentally, good for Credit Suisse’s other future SPAC clients. It’s just good business.

Additionally, you’ll notice that the at-risk private placement purchase of warrants is being done at $2.00, which is different from the more recent 1/4 warrant deals, which have been done at $1.50 (Conyers Park II, Flying Eagle, DFP Healthcare) and even $1.00 (Churchill III). Gores IV also purchased their at-risk warrants at $2.00, which gives an implied value to the 1/4 warrant of $0.50.  So it seems SCH2 and SCH3 are playing nice with investors here as well.  (Side note: It will be interesting to see how investors react to DFP’s deal now that their team appears to be getting better terms than the Social Capital team)

Lastly, both SCH2 and SCH3 were filed at the same time, which is usually frowned upon by investors.  They generally do not like having a team split their attention over two separate SPACs.  However, it seems SCH has sort of solved for this by having these two deals searching in different target universes  – SCH2 is $300 million and looking IN the U.S. and SCH3 is $600 million and looking OUTSIDE the U.S.  Any former SPAC team member will tell you that there are always a few deals that come across their desk during the searching process that are extremely attractive, but unfortunately, are either too large or too small.  By SCH having two SPACs covering a larger range of sizes and geographies ensures that won’t have to pass up on any good opportunities.  Granted, they are doing double work, but given the success of Virgin Galactic, elite teams get some dispensation.

All told, even with the challenging market conditions, SPACs are still selling and SCH2 and SCH3 should have no trouble rounding up about $1 billion worth of orders.  Since the coronavirus has created a lot of uncertainty in the larger market, look for these deals to price as soon as possible.  They’ll want to get these two out the door asap in case conditions really fall off a cliff.

You can find the S-1 filings for SCH2 HERE and SCH3 HERE.