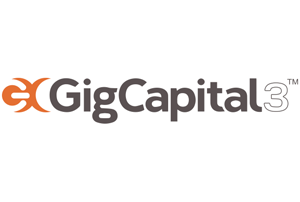 Last night, the GigCapital team filed for their third SPAC with the $200 million GigCapital3, Inc. (GIK.U).  Gig3 will be focusing on the technology, media and telecom sectors and will once again be led by Avi S. Katz, as Executive Chairman of the Board, Secretary, President and CEO. Additionally, just like the previous Gig SPAC, Gig3 is being filed before Gig2 has announced their business combination.

Gig1, however, did recently close their transaction having combined with Kaleyra, Inc. (KLR), at the end of November, 2019.  That combination required multiple back-stops and rights purchase agreements, which in and of itself, must have been a herculean effort on Gig’s part. But they got it done.  Kaleyra is now currently trading near $8.09, so while it’s not trading above $10.00, it’s also not bad.  Especially when compared to some other SPAC combinations we’ve seen that have traded sub $6.00 and even sub $3.00.

As for this SPAC’s structure, Gig3 will be a 24 month, 100% in trust 1/2 warrant IPO, without a right included in the unit this time. Additionally, Gig3 has an “Anchor Investor” via funds managed by Cohen & Company, Inc. (NYSE Amex: COHN), that has indicated an interest in purchasing 1,739,130 units at IPO, which increases to 2,000,000 units if they exercise an over-allotment, or $20 million in aggregate.

However, these terms are a step up from both Gig1 and Gig2.  If you look at the table below, each successive “Gig” has increased deal-size and improved terms for the SPAC team. Keep in mind that both Gig1 and Gig2 exercised over-allotments, but this table reflects all three deals at their initial sizes to keep the comparison consistent.  As you can see, not only has the unit moved from including a 3/4 warrant and a full warrant to a 1/2 warrant now, but the duration has moved from 15 months to 24 months.  The underwriters have changed once again too, with Nomura as left lead and joint book-running with Oppenheimer.

So do the terms fit the SPAC?  In this market, pretty much everything is selling so whether the terms are “sellable” is probably the wrong question.   The better question is probably “should this be sold now?”  The fact remains that Gig2 has yet to announce a transaction and as has been discussed before, investors greatly prefer you clear the decks and have closed a combination before you launch another.  Again, it becomes “which is the favorite child? which SPAC gets the most attention?”

However, some will point out that other SPACs have filed new SPACs before announcing or closing their other deals too.  Notably, the Churchill team and the Gores team.  However, those teams have a history of ultra successful combinations under their belt so investors gave them some dispensation.  Gig1 doesn’t fit that category.  Gig2 certainly has a shot at announcing a great combination, but the problem is, it’s still not announced. So the only transaction we have to go by is Gig1 which required a significant amount of time and effort to close that deal, time that maybe would have been better spent negotiating a transaction for Gig2.  However, it does appear that Gig3’s roadshow will be spending a significant amount of time overseas, courting EU and UK investors, since the prospectus included a paragraph focusing on these areas right on the front cover. So maybe the Europeans don’t mind as much.

Having said that, make hay while the sun still shines seems to apply here.  Meaning, as said above, terms are very generous right now for teams and anything and everything is selling so SPACs are motivated to get deals out the door before terms start to tighten again.  That’s not to say that a tightening environment is currently on the horizon, but as we’ve seen, conditions can turn on a dime and we now have the coronavirus sort of looming over everything.

In summary, this will sell. Everything is selling.  Also keep in mind that Gig1 has demonstrated that the team is open to making deals on the back-end with investors via their backstop arrangements and rights purchase agreements. Those types of arrangements can present very interesting opportunities, so that might also be a consideration in an IPO investment equation for a certain type of investor.  No matter how you view this deal, Gig3 is still getting done.