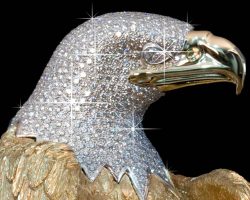 Oh, you thought we’d get a break during Christmas week? No days off in SPAC Land…

Diamond Eagle Acquisition Corp. (DEAC) announced this morning that they have entered into a Business Combination Agreement with DraftKings and SBTech, to create the only vertically-integrated U.S.-based sports betting and online gaming company.

DraftKings, as many of you with an interest in sports already know, is a digital sports entertainment and gaming company known for its daily fantasy sports and mobile sports betting platforms.  SBTech, is an international turnkey provider of cutting-edge sports betting and gaming technologies. So by combining both DraftKings and SBTech, you get an innovative platform at the vanguard of gaming.

The new DraftKings will continue to be led by co-founder and CEO Jason Robins and will retain DraftKings’ management team, including co-founders Paul Liberman and Matt Kalish. The SBTech management team who bring the international markets, trading and risk management experience will also be integrated into the organization.

As for the transaction, the press release and presentation were a little opaque on structure details, however, after combing through the filed documents a few items stood out (skip to below if you’d like to read that first).  However, the headline details are that this transaction has an implied enterprise value of $2.7 billion, with an implied equity value of $3.3 billion and the combined company will have over $500 million of unrestricted cash on the balance sheet at closing.

Lastly, DraftKing founders and shareholder are rolling 100% of their equity and SBTech shareholders are rolling ~$450 million of equity value into the company.

Quick takes:  There was a leak about this deal back at the end of October that was widely reported and it seemed to generate a significant amount of interest.  And since DraftKings is a highly recognizable brand, this transaction should get a lot of coverage now as well.  Which is good. Half the battle with SPACs is getting the attention of sector investors. And clearly, investors seem to like this deal since the share price zoomed to ~$10.70 this morning, significantly above their current estimated trust value.  However, it should be interesting to see how investors feel about the dual class structure for the share and 10:1 voting rights, since it distributes the risk unequally.  The pro to a dual class structure is that protects against activist investors (among other pros and cons).  The good news is, shareholders get to vote on that. It’s not a given. Furthermore, it will also be interesting once we get to see the financials of the companies to better understand that 2020E EV/EBITDA multiple.  Maybe there’s a reason for it, but without any numbers to look at, it’s hard to tell. All told, DraftKings is a nice high profile name for a SPAC and it’s already generated a lot of excitement, but it’s just day-one.  As we saw with Virgin Galactic, once that first day buzz wears off, that’s when the real work begins.