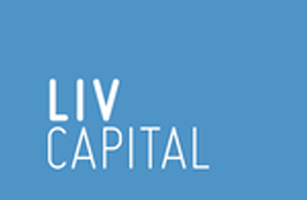 Yesterday evening, LIV Capital Acquisition Corp. (LIVKU), filed their $60 million SPAC, which will be focused on companies located primarily in Mexico. This SPAC will be sponsored by LIV Capital Group, a Mexican private equity firm founded in 2006, and will be led by Alexander Rossi, as Chairman and CEO.

Regarding the Sponsor, LIV Capital Group, which stands for Latin Idea Ventures, it has raised six funds totaling $375 million in committed capital since its formation in early 2000.  They have executed on 13 investments to date spanning a variety of industries such as logistics, financial services, fintech and education.  Mr. Rossi, the Chairman and CEO of this SPAC, is also the managing partner of LIV Capital Group.  Prior to joining LIV, he served as Managing Director of Communications Equity Associates, LLC (“CEA”), a merchant and investment bank specializing in the media, communications and technology sectors.

As for the sector focus of Mexico, LIV does address the concerns surrounding the end of the North American Free Trade Agreement stating that the uncertainties, “have subsided substantially as a new treaty called the United States-Mexico-Canada Agreement has been signed by the presidents of the three countries, ratified by Mexico and is soon expected to replace the North American Free Trade Agreement.”  The new agreement was formally agreed and signed last November (2018), however, it is still pending approval by the legislative branches of Canada and the United States. Additionally, as recently as September 25th, President Trump warned that an impeachment inquiry could derail the trade deal.  Having said that, LIV might just as easily find a company that wouldn’t be impacted by an unsigned agreement, but it is something to note since it’s in the prospectus.

Looking at the terms, this is a 100% in trust, 1 warrant, 21 months SPAC.  EarlyBird really likes that 21 months duration. Two of their three most recent IPOs had 21 months as well – Galileo and Tuscan II. However, that full warrant will certainly look attractive given that of the 10 most recent SPACs to price (including tonight’s CHP Merger Corp.)  NINE have had a 1/2 warrant.  Additionally, you’ll notice that even though this is a smaller-sized SPAC, which typically have rights included in their units, LIV does not have rights.  Hence, the full warrant.

All told, this deal should price fairly easily.  Its small size makes it a manageable sell and the full warrant is enough to get investors interested having been been fed a steady diet recently of only 1/2 warrants.  Look for this one to price mid-December, before the market shuts down for the holidays.