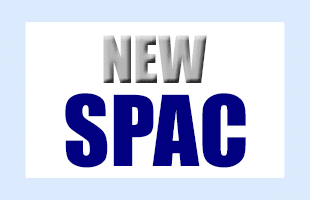 Friday evening, we had a second SPAC file for IPO with the $125 million Software Acquisition Group Inc. (SAQNU). SAQNU will be led by Jonathan Huberman, who was previously Chief Executive Officer of Ooyala (“Ooyala”), a provider of media workflow automation, delivery and monetization solutions.  Additionally, Mr. Huberman will be joined by Mike Nikzad, as Vice President of Acquisitions.  Mr. Nikzad’s background also includes Ooyala, having previously been its President and Chief Operating Officer until its sale in 2019.

Obviously, Software Acquisition Group will be focusing on….software and it has been an especially popular sector as of late. Apex Technology, which IPO’d last month, has software as a focus, as does Osprey Technology, which should IPO this week. However, if you compare the “Proposed Business” sections of all three of these SPACs, SAQNU’s look a little thin. Both Apex and Osprey Tech have well thought out narratives and strategies and are chock full of facts and figures.  SAQNU’s, on the other hand, doesn’t appear to be as strong.  Which is interesting because in the past, SPACs were sold primarily based on the reputation, experience and rolodex of the teams. In fact, a “General/Broad” focus (no sector), where a team stated they were going to look at everything, used to be way more popular. A sector-focus was really secondary to the team’s bona fides. But as SPACs evolved, sector-focus began to play a bigger role. And now, just having a sector focus is no longer enough. A team really needs to demonstrate the opportunity.  That they’ve done “the work” and ideally, they’ve already sliced and diced their target market and have demonstrable, actionable “opportunities” before they’ve even hired their bankers.  Having said that, it’s hard to get a sense of a deal just from reading the prospectus, and maybe SAQNU will be great on the road. But they say timing is everything and SAQNU filed their software-focused SPAC right on the heels of two others, so comparisons are inevitable.

With comparisons in mind, SAQNU is a 100% in trust, 18 months, 1/2 warrant SPAC, similar to Apex and Osprey Tech, which both have 24 months life instead. And while 18 months is sweeter than 24 months, that 1/2 warrant doesn’t feel entirely comfortable. Perhaps a 3/4 warrant would be more palatable, but let’s let them hit the roadshow first and tell their story.

Look for this SPAC to price mid-November.