GigCapital (GIG) Signs LOI to Clean Up Its Rights Shares 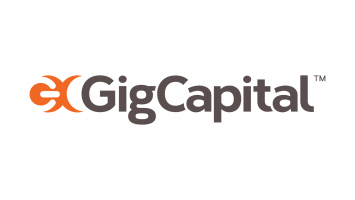 GigCapital (GIG) Signs LOI to Clean Up Its Rights Shares

As many of you already know, Gig Capital (GIG), announced on Friday evening that they have entered into a non-binding letter of intent with Greenhaven Road Capital, whereby Greenhaven has agreed to not sell the Shares underlying the 5,482,694 the Rights it currently owns until the later of the sixtieth day (60) after the closing of the Business Combination or January 1, 2020 (the “Closing Date”).  At which point, Gig would then purchase Greenhaven’s Shares.  Additionally, Greenhaven may acquire up to 4,517,306 Additional Rights, for a total of 10,000,000 Rights for 1,000,000 shares.  Gig currently has 14,375,000 Rights outstanding that will convert into 1,437,500 shares, so this is potentially 70% of Gig’s outstanding Right’s Shares.

Gig has previously stated that it intends to do something about the Rights in its Unit, so this is not a total surprise. However, this is a potential $10.65 million purchase of Rights Shares.  Specifically, because Gig intends to purchase those shares from Greenhaven according to the following schedule:

So at worst, Greenhaven gets their Rights Shares purchased 60 days post-closing for $10.50 per share, and at best, at $10.65 per share (assuming they manage to increase their Rights position to 10,000,000). This is a great deal.  For Greenhaven.  Especially if post-closing the share price trades below $10.00 as so many combination with Rights have done previously. It’s not as great of a deal for the rest of the public Rights holders. However….

What about Gig’s previously announced cash tender offer for its Rights? If you recall, Gig announced on September 3rd that, “…it will commence a cash tender offer for the outstanding rights which would be closed in conjunction with the closing of the Business Combination. Per SEC regulations, the exact terms and the date of commencement of the tender offer will be set forth in a tender offer statement to be filed with the SEC, coincident with the filing of the definitive proxy.”  It’s unclear if Gig still intends to proceed with a Rights tender offer, in addition to its agreement with Greenhaven, but it would mop up any lingering Rights ahead of combination closing and give the rest of the public Rights holders a chance to tender at a price (hopefully) a little closer to Greenhaven’s.

However, if all of the Rights are eliminated (via Greenhaven and the tender offer), the post-closing float is going to be solely dependent on the shares that are not redeemed. And if there are significant redemptions, that could result in a VERY low float. The good news for Gig is, they are listed on the NYSE, and the current listing standards for the NYSE are a little more lenient that the Nasdaq, which amended its listing standards in early August. So while Gig will not run afoul of maintaining a listing, they could potentially run into “low-float” issues, similar to PHUN, ORGO, RBZ, etc., if they can’t get enough shareholders to remain holding the share through the vote.

But you know what else is interesting? Gig2, Gig’s other SPAC.  Gig2 also has Rights included in its unit, so now that Gig1 has decided to eliminate their Rights, since Rights are a giant pain in the neck to a SPAC combination, who’s to say they won’t do the same for Gig2 (GIX.R)? The Gig team has clearly demonstrated that they are motivated to eliminating their Rights from Gig1’s capital structure, so its not unreasonable to think they might do something similar for Gig2.   Something to consider….