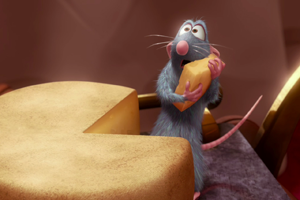 Leo Holdings Corp. (LHC), and Queso Holdings, Inc., the parent company of CEC Entertainment, Inc. (Chuck E. Cheese), announced this morning that they have mutually terminated their business combination agreement.  The good news is, LHC still has some time to round up another combination since LHC’s clock doesn’t run out until February 2020.  Approximately 6.5 months away.

While it’s always a bit of bummer when a transaction is terminated, in this case, it’s more of a positive than anything else.  Clearly, investors did not like the deal as evidenced by where the share was trading leading into the vote.  If you were following this combination, on Friday, LHC closed at $9.22, which is well below the estimated current trust value of $10.28.  No amount of financial engineering or backstop magic was going to save this company from a further sell off post-closing.  A re-cutting of the deal would have made sense, but the fact that the combination was terminated indicates that the seller wasn’t willing to do that.  As a result, both parties decided to walk away.

The good news is, LHC is now free to go find a better acquisition and more importantly, they’ve gained a bit of knowledge from this process.  Experience counts…even when it’s not the most ideal situation. In fact, you usually learn more from the “adverse” experiences, so fingers crossed the LHC team comes back with a huge winner.

SIDE NOTE: Interestingly, there’s already quite a bit of press regarding the termination since the “Chuck E. Cheese” deal was high profile.  However, as is usually the case when it comes to articles about SPACs, financial journalists nearly always reference SPACs as “a so-called blank check company”.  It’s not “so-called”. It is called. SPACs have been around long enough that there’s no need for it and frankly, it feels lazy and there’s a negative connotation to it.  So can there please be a moratorium on this phrase? Don’t believe me?  Go HERE, HERE, HERE and HERE.