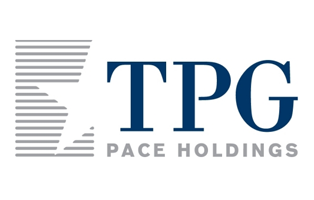 Last night, in the ongoing drama between Accel Entertainment and their minority shareholder, Clairvest, Clairvest put out a press release stating that they have filed a lawsuit to block Accel Entertainment’s merger with TPG Pace Holdings (TPGH). Clairvest is claiming the proposed merger is “an improper action by Accel that also violates a number of Clairvest’s shareholder approval rights and does not constitute a valid drag-along sale in accordance with Accel’s charter.“

Accel counter-punched and put out their own press release this morning stating the following:

“While we have not yet seen the complaint, we are disappointed that Clairvest has announced that it has chosen to sue one of its portfolio companies to block a transaction we believe it is contractually bound to support. When Clairvest invested in Accel, it agreed that if shareholders owning a majority of the company’s outstanding shares elected to sell their stock, it would take all actions reasonably necessary to consummate the transaction. Instead, it apparently has chosen for its own purposes to attempt to obstruct a sale that is strongly supported by a majority of shareholders and that provides shareholders with significant value and liquidity. Accel will vigorously defend against Clairvest’s claims and will seek to enforce Clairvest’s contractual obligations.”

Drama indeed.  TPG Pace has only 2.5 months left before they hit their extended deadline of September 30th, so it remains to be seen if this lawsuit will delay the closing before time runs out again.  Regardless, the “noise” around this transaction is not great.  At best, it’s a nuisance.  At worst, it delays or blocks the transaction.   Let’s hope TPGH can get past this or at least has a back-up acquisition. We’ll update if further information becomes available.