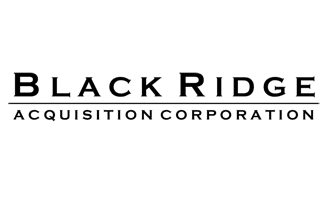 This morning, Black Ridge Acquisition Corp. (BRAC), announced (just like we had surmised) that they have rounded up a $5 million backstop from TV Azteca, a Grupo Salinas company and sports television network in Mexico.

Per the press release, TV Azteca would purchase $5 million of shares of Black Ridge Acquisition Corp. in the open market at or below the estimated trust redemption price upon the closing of the combination.  Additionally, TV Azteca agrees not to redeem the shares they purchase at the shareholder vote.  In consideration for those open market purchases, Black Ridge would issue to TV Azteca (at Business Combination closing):

However, additional information was provided in the filed 8-K, which reads…”if TV Azteca is unable to purchase the full $5,000,000 of shares in the open market or in privately negotiated transactions (for instance, if BRAC’s stock price exceeds the per share amount in BRAC’s trust account, or not enough shares are available for purchase), TV Azteca would be expected to purchase newly issued shares from BRAC (the “TV Azteca Newly Issued Shares”) upon closing of the Business Combination.”  So either way, BRAC will have a $5 million backstop come hell or high water.

Additionally (again, per the 8-K), “TV Azteca would agree to hold any TV Azteca Purchased Shares or TV Azteca Newly Issued Shares for at least twenty-four (24) months from the closing of the Business Combination and shall first give BRAC the right to repurchase the shares at a price per share equal to the average closing sale price of BRAC common stock on NASDAQ for the 30 trading days prior to the date of repurchase, before selling such shares on the open market.” So there’s a two-year lock-up on these shares, which is generally a pretty long time as far as lock-ups go.

So all told, this $5 million investment seems like a pretty sweet deal for TV Azteca. So what does BRAC get out of this, other than a backstop?  Well, included as part of the investment, TV Azteca and Allied Esports will:

This sounds great. Seriously. But it also seems like a whole lot for a $5 million investment. Perhaps we’ll get additional information in the next proxy or in a filed presentation that better explains it or provides additional detail. However, if BRAC/Allied Esports and TV Azteca can execute on these plans, it could be very promising.

However, there is something else we now have to consider.  This morning BRAC was hit with a class action lawsuit, the complaint being an incomplete proxy statement that’s missing some key financial indicators. Class action lawsuits are not that uncommon and who knows if it will go anywhere, but they do tend to drag on and swamp board members in legal fees.  Plus, its bad timing to have this filed now while BRAC is trying to cross the finish line.

As a follow-up, look for a forthcoming post from Marsh, a provider of D&O insurance, to better explain the liability risks.

You can find the press release HERE and the 8-K HERE.

Stay tuned for any further updates.