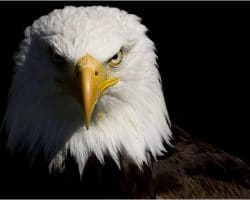 Platinum Eagle Acquisition Corp. (EAGL), announced Tuesday evening that they have entered into merger agreements with Target Logistics Management, LLC and RL Signor Holdings, LLC, to create the largest provider of specialty rental accommodations with premium catering and value-add hospitality services in the U.S. Target Lodging, headquartered in The Woodlands, Texas, is the largest provider of turnkey accommodations in the U.S., featuring a vertically-integrated model that provides premium catering and value-add hospitality solutions.

As further background, on September 10, 2018, Target Lodging entered into an agreement to operate and manage Signor Lodging, a leading provider of specialty rental accommodations to oil and gas customers in Texas. This transaction expanded Target Lodging’s footprint and broadened its offerings in the Permian and Anadarko Basins. Target Lodging and Signor Lodging collectively own and/or operate 22 communities in the United States with approximately 13,000 total beds, supporting oil and gas, as well as government agencies and contractors.

The combined company will be led by Target Lodging’s management team, including President and Chief Executive Officer Brad Archer, Chief Financial Officer Andy Aberdale and Chief Commercial Officer Troy Schrenk, who will continue to serve in their respective roles. Stephen Robertson, Co-Founder of TDR Capital, the private equity firm that owns Algeco, the parent of Target Lodging, and also owns Signor Lodging, will serve as Chairman of the combined company and will be joined on the board by Gary Lindsay, a Partner at TDR Capital, and Jeff Sagansky, CEO of Platinum Eagle.

Quick takes:  This deal was announced late and without a filed presentation.  The pre-recorded call is scheduled for Wednesday morning at 10:00 a.m. ET, so without both of those items it’s challenging to fully understand this company.  However, based on the structure of this transaction, the earn-outs for the founders shares certainly incentivize the founders nicely (read below and the link provided for further details). Additionally, it’s always good to see a PIPE done at $10.00 and include Blackrock, and a minimum of $225 million cash in Platinum’s trust at closing is reasonable and puts a whip to the capital markets advisors.  Anything less than $225 million and completing the transaction would be a mistake.  The structure looks sounds, but we’re holding off on evaluating the company until the call and presentation.

Investors may listen to a pre-recorded call regarding the proposed transaction at 10:00 am EST on November 14, 2018.

The total amount payable will be $1.311 billion (which amount is inclusive of the amounts required to pay third party and inter-company indebtedness at the closing of the business combination and net of transaction expenses).

The cash component of the purchase price to be funded by:

The Sponsor and Harry E. Sloan (the “Founders”) will deposit into escrow certain of their founder shares at the Closing. Pursuant to the Earnout Agreement, the founder shares will be released from escrow to the Founders and/or transferred to Arrow Seller upon the achievement of certain earnout targets. Upon the expiration of the three year earnout period, any founder shares remaining in escrow that were not released in accordance with the Earnout Agreement will be transferred to the Company for cancellation.

In the event that the Company delivers at least the Minimum Proceeds at Closing (at least $225 million cash in trust):

There are additional conditions to the earnout agreement based on whether EAGL delivers less than the Minimum Proceeds at Closing and whether a Backstop Transaction is or isn’t completed.  It’s too extensive to post here, but you can click this link to read the details under section 2.03