The Gores Team Files for SPAC #3 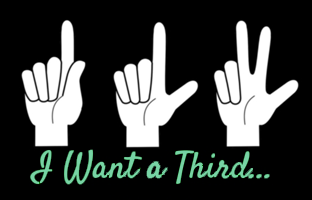 The Gores Team Files for SPAC #3

They Do Say Good Things Come in Threes….

Late Friday afternoon, while everyone was waiting to see if Chinh Chu would finally file for his second IPO, the Gores team made a surprise filing with their third SPAC – Gores Holdings III, Inc.  It was kind of like ordering steak, but getting lobster instead.  Either works for me.

Nonetheless, the Gores III filing was an almost carbon copy of Gores II (and Gores I), with an important difference described in more detail below. However, looking at Gores III, it is the exact same size ($375 million), has the same management team (minus Dominick Schiano) and has the same banker (Deutsche Bank) as Gores II.  Plus, Deutsche Bank was their banker for Gores I, in addition to II and now III.  This team is incredibly consistent and more importantly, consistently successful.

As you may recall, Gores-I purchased Hostess Brands back in late 2016 and is now trading under the symbol TWNK in honor of the virtually indestructible Twinkie (seriously, some kids sent it to space via balloon  and when it came back to earth, they ate it.  They said it tasted “normal”).  And while TWNK is currently having a rough quarter, the “Twinkie” deal was one of the more successful SPAC acquisitions at the time, having taken Hostess Brands public only four years after it had filed for bankruptcy in 2012.

The Gores team also recently announced the Gores II business combination with Verra Mobility, a provider of tech-enabled smart transportation solutions and a portfolio company of Platinum Equity, with an anticipated initial enterprise value of $2.4 billion.  Verra Mobility, which serves the world’s commercial fleets and rental car companies in managing tolling transactions and violations for more than 8.5 million vehicles and operating more than 4,000 red-light, speed, and school bus stop arm safety cameras, looks to be another winner.  GSHT closed Friday at $10.45, well above current trust value of $10.07, and the warrants at $2.09.

Consistently successful is not a small thing to call a SPAC management team.  In fact, it’s really hard to pull off just one successful SPAC.  Given their consistency, there should be incredible demand for this deal. Plus, Gores III has incorporated the warrant redemption for shares term, seen previously in GS Acquisition Holdings and TPG Pace Holdings. Let’s take a closer look at the terms….

First, as far as the IPO terms and details, the structure matches the Tier-1 structures typically found on the NYSE.  However, Gores III will be listing on the Nasdaq, just like Gores I and II (consistent!). Summary terms include:

Typically, SPACs can call for the redemption of warrants on a cash or cashless basis when the last reported sales price of the share equals or exceeds $18.00 per share for any 20 trading days within a 30-trading day period.  It should be noted however, that there are SPACs with redemption thresholds of $16.50 and even $24.00, but the most used price has been $18.00 for the past few years.

The additional warrant redemption feature allows Gores III to call the redemption of warrants for shares.  Rather than have a share price threshold of $18.00 as seen in the cash/cashless exercise, Gores III, can call their warrants for shares at a threshold price of $10.00.  The $10.00 price is sometimes initially a little shocking if you haven’t seen the term yet, so you’re probably asking, how can Gores III call them at $10.00??  Well, because they’re going to pay warrant holders a fair value based on where the share is currently trading and how much time is left until the warrants expire (based on a black scholes calculation).

It’s an innovative twist that allows for the clean up of the warrant overhang without having to wait until the share price reaches $18.00, yet still gives warrant holders a fair price regardless of where it is trading.  And yes, it does create a “ceiling” on their value, but you could also flip that and say the schedule also sets an expectation pre-combination.

All told, this is another great looking SPAC in a season that has had a bumper crop of high profile deals and I’m looking forward to pricing and IPO.  Also, now I want a deep-fried Twinkie.