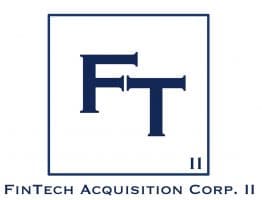 Fintech Acquisition Corp. II, has released the results of its shareholder vote to approve FNTE’s previously announced merger transaction with Intermex Holdings II, Inc., a portfolio company of Stella Point Capital, LP.  The merged company will be renamed International Money Express, Inc. and is expected to continue to be listed on the Nasdaq Stock Market.

Total shares of common stock exercising redemption rights were 5,038,232.   The release did not give a pro rata per share amount for redemptions, but as of the most recent proxy filing estimate of $10.05, I would peg the total amount coming out of trust at roughly $51 million.  Additionally, $175.8 million was estimated to be held in trust, so that still leaves the company with approximately $125 million before closing fees and expenses (a condition to closing).

Fintech II expects the merger to close on July 26, 2018.  Results of the business combination vote are listed below and you can also find the results of the other proposals included in the vote here.